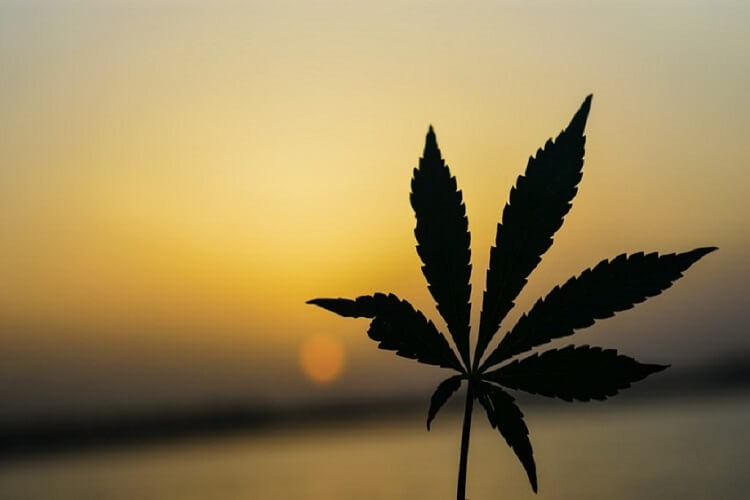 Uh oh! Looks like someone has the munchies! With your appetite buzzing and stomach rumbling, it comes as no surprise that you’ve got food on the brain. So what are you going to eat? Are you going to buy something savoury or make something sweet? Or do you plan to skip out on the snacks altogether, using your willpower to prevent that fridge from opening?

While some who use medical marijuana might dislike the munchies for fear of gaining weight, others may find those very same appetite-boosting qualities both desirable and necessary. A considerable number of physical illnesses and mental ailments affect appetite, in some cases severely. This includes diseases requiring extreme treatments like radiation and the wasting-syndromes that affect individuals with cancer, HIV, or AIDS.

Whether it is encouraging you to demolish an entire plate of chocolate chip cookies or allowing you to enjoy your first meal in a while without nausea, cannabis is good at what it does. But how exactly does cannabis affect appetite?

Read on to learn about the science behind medical marijuana’s hunger-stimulating aspects. Plus, discover some of the top appetite-boosting strains, so the next time you order medical marijuana online, you’ll be able to find the ideal strain for your needs.

How Do the Munchies Work?

There are libraries of research already published on the topic of cannabis, with new studies into the hunger-boosting effects of cannabis are underway. Of course, the idea of munchies is nothing new. Jokes on the topic have been popular since the days of Cheech and Chong, if not much earlier.

Although not everything is known in regards to the craving-driving force of marijuana, some effects have been confirmed. One of the most well-known aspects of cannabis is one of its most prominent cannabinoids: THC. Tetrahydrocannabinol is a powerful, psychoactive cannabinoid known for eliciting a number of mind-altering effects and physical sensations.

The CB1 receptor is found in various systems throughout the human body. Some of the key systems containing CB1 include several parts of the brain: the basal ganglia, hypothalamus, limbic forebrain, and rhombencephalon. When triggered, pleasure and flavour are greatly enhanced, while the ability to regulate food intake may become impaired.

THC can lead to an increase in the production of ghrelin, an appetite-stimulating hormone common in both the stomach and small intestine. It also has the ability to slow the production of PYY, an amino acid that regulates ghrelin-levels.

On a neurological level, THC can activate certain pathways, one being the mTOR pathway, which, again, increases ghrelin production. Furthermore, THC can activate POMC neurons, a specific kind of neuron influenced by the CB1 receptor. When affected by THC, POMC neurons have the ability to open or close specific pathways that either increase or decrease appetite.

Other factors amplified by cannabis that might inspire consumers to continue eating include lowered inhibitions and slowed reaction-time. With such a distinct spectrum of effects, it’s always best to do your research and read up on your strain of choice before you order medical marijuana online.

Why Would You Want the Munchies?

For a large portion of our population, the munchies are a nuisance. Between the extra calories and rapidly dwindling snack cupboard, it isn’t a surprise that the average joe might find a bolstered appetite more negative than positive.

But if you are living with a chronic physical or mental illness that affects your appetite, those so-called munchies could be a life-saver. Rather than seeing inflated hunger and the potential for weight-gain as a detriment, many actually require something to stimulate their appetite, subsequently allowing them to gain weight.

Some of the more well-known illnesses that can cause severe and unintended weight loss include cancer, kidney disease, HIV, and AIDS, just to name a few. Aside from the general exhaustion associated these ailments comes the potential for life-threatening deterioration of tissue, bone, and muscle known as cachexia. More commonly known as wasting syndrome, this not-yet-fully-understood occurrence changes the characteristics of one’s body, influencing function and affecting organs.

While scientists are still working towards discovering the exact cause and potential cures for cachexia, studies involving cannabis show promise. In addition to cachexia, a number of other cancer symptoms and side effects of treatment can result in a loss of appetite and increased weight loss.

Inflammatory cytokines, which can both cause cancer and increase susceptibility to cachexia, also have the potential to speed up metabolism. Fast metabolism means you are burning fat and spending calories necessary to fight debilitating diseases.

Some therapies aimed at fighting cancer are known to be harsh on the body, damaging cells and causing further deterioration. One of the most notable side effects of both chemotherapy and radiation, is nausea accompanied by vomiting.

An abundance of studies and clinical trials focused on THC’s antiemetic effects in relation to cancer-induced vomiting have confirmed its efficiency, both in adults and in children. Despite breakthroughs of this nature, future research will be required in order for scientists to produce a foolproof THC-based antiemetic for those in need.

Finally, the hunger-boosting powers of cannabis are of great benefit to those experiencing depression, as the effects of the disorder can be debilitating. Some people can’t even get out of bed. Between a lack of appetite and a lack of motivation, depression affects nutrition and weight to a serious degree. Introducing medical marijuana into treatment has been proven to benefit afflicted individuals.

Which Strains Are Best for Stimulating Appetite?

What better way to complete our lesson than with a listicle of some of our favourite strains? Whether you’re prepping your appetite for a holiday meal or in need of some relief from chronic nausea, when you order medical marijuana online look for the below strains to really get those munchies going!

Although the above list contains some of our favourites, there is a near-innumerable selection of strains available when you look to order medical cannabis online. We’re all different, with distinct chemical makeups, so what works well for one person might produce uncomfortable side effects in another. Always use cannabis products as prescribed and know your limits to ensure you experience the most benefits or best trip possible!