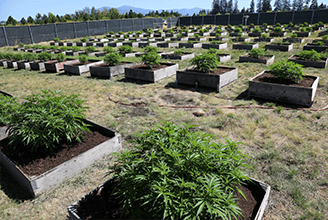 The first recorded use of medicinal cannabis occurred in 2700 BC in ancient China. It was initially used to combat conditions like rheumatism, gout, malaria, and even absent-mindedness. As it spread across the globe, its range of medicinal benefits increased in kind. The availability of medical marijuana in Canada means that we can now avail of a host of benefits that few other forms of medications can match. Here are some of the principal benefits of cannabis in treating several well-known conditions.

Medical Marijuana as a Treatment for Arthritis

Arthritis is one of those conditions that responds very well to cannabis treatment. The secret lies in the ability of cannabis to manage pain symptoms, something that those afflicted with severe forms of arthritis find particularly debilitating.

In addition to quelling pain, the CBD present in medical marijuana can also help reduce inflammation and promote sleep. With its multifaceted mechanisms of action, many patients find cannabis to be an essential ally in treating the symptoms of this debilitating condition.

Glaucoma is a condition that increases pressure in the eyeball and poses a danger to the delicate optic nerve. In severe cases, it can even cause a loss of vision. Studies carried out in the 1970s showed that cannabis can help lower the intraocular pressure in those afflicted with the condition. In certain severe cases, this may prevent inevitable blindness.

Cannabis is highly effective in suppressing seizures and is often much more effective than pharmaceutical interventions. One of the most well-known cases of using marijuana to control seizures was with Charlotte Figi, a young American girl who suffered from a severe form of epilepsy. Charlotte experienced up to 300 epileptic seizures per month before medicating with cannabis. After administering a high CBD strain that became known as Charlotte’s Web, her seizures reduced to one per month.

Crohn’s disease is an inflammatory disease that leads to symptoms such as abdominal pain, nausea, weight loss, diarrhea, and anemia, among others.

While cannabis doesn’t cure Chron’s disease outright, several studies suggest that it can reduce the symptoms and enhance the quality of life of patients. The primary mechanism of action of cannabis as it relates to Crohn’s is its anti-inflammatory properties. Its ability to quell inflammation works synergistically with its ability to diminish pain and increase appetite, three factors that serve to enhance the life of anyone afflicted with Crohn’s disease.

Anxiety is a complex condition, the roots of which often run deep in those affected. Cannabis tends to impart an increased sense of calm, improved relaxation, and better sleep. When it comes to treating anxiety with cannabis, the choice of strain is of particular importance. Scientific and anecdotal evidence suggest that CBD is helpful, and many patients choose strains with a 1:1 ratio of CBD to THC.

While the evidence suggests benefits to using cannabis as a treatment for anxiety, strains that are too high in THC with little to no CBD may amplify any underlying anxiety and worsen symptoms.

Cannabis As an Appetite Stimulant

For patients undergoing intense bouts of chemotherapy, one of the common side-effects is reduced appetite and increased nausea. When already weak patients can’t nourish themselves with wholesome food, it places additional strain on the recovery process.

THC is particularly useful in working as an appetite stimulant while also decreasing pain and nausea. Cannabis is widely prescribed to chemo patients and undoubtedly helps promote the healing process by enhancing appetite among recovering patients.

Post-Traumatic Stress Disorder (PTSD) is an anxiety disorder caused by prior experience with traumatic events. It’s particularly common among veterans returning from war zones, and those afflicted often re-experience the traumatizing events in vivid detail, something that provokes an intense bodily stress response.

Research suggests that those afflicted with PTSD have low levels of anandamide, an endogenous cannabinoid produced within the body with a remarkably similar structure to THC. When THC is administered, the subsequent binding with the CB1 receptors deactivates the traumatic memories among patients. When consumed in conjunction with CBD, its anti-anxiety and calming effects complement the THC, placing patients in a calm state, and liberating them temporarily from the debilitating symptoms of PTSD.

How Medical Marijuana Helps with ADHD/ADD

Those who have ADHD and ADD often have trouble focusing on the task at hand. Cannabis can be particularly effective at helping people maintain focus and productivity.

ADHD and ADD are closely related to a dopamine deficit in the brain. Medications like Adderall and Ritalin stimulate dopamine and promote concentrations. But these gains often come with a host of unpleasant side effects and withdrawal symptoms.

For its part, cannabis seems to interact with the brain’s dopamine production and increases its availability. Cannabis also appears to induce a mental slowdown that prevents patients from becoming overwhelmed by sensory input. Strain choice is very much personal preference when it comes to treating ADHD and ADD. Some report success with high THC strains, while others need to balance out the effects of THC with some CBD.

Many of those afflicted with multiple sclerosis find medical marijuana hugely beneficial in controlling the pain symptoms. Research demonstrates the pain-relieving properties of THC, and when it comes to multiple sclerosis, it can help alleviate the pain associated with painful muscle contractions.

Parkinson’s disease is a chronic neurological disorder that deteriorates with time. There is no known cure for this disease, and patients often suffer from uncontrollable tremors, pain, and difficulty sleeping. Studies show that medical cannabis plays an important role in protecting against the neurodegeneration commonly observed with Parkinson’s disease. Cannabis also seems to help improve motor skills among patients and reduce the uncontrollable tremors that many experience.

Cannabis contains hundreds of compounds, each of which acts synergistically with other plant compounds to produce wide-ranging effects. Science is slowly coming to understand and explain the various mechanisms of action of cannabis. And as scientists slowly uncover the workings of this miraculous plant, the future for medical marijuana in Canada seems bright.