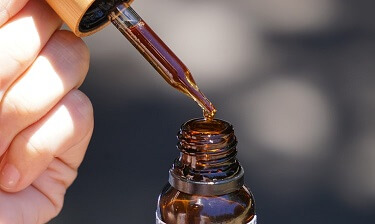 Chances are you, or someone you know, have already experienced CBD oil benefits. You may already have some in your medicine cabinet.

If you are new to the world of CBD tinctures, where do you begin? You probably have many questions about the basics and the best way to dose. Follow along on this quick introduction to all aspects of CBD tinctures.

What is CBD Tincture?

Firstly, what is a tincture? Tinctures have been around since 1000 AD. They have been used orally as medicine for thousands of years—elderberry tinctures, turmeric, echinacea, and cannabis tinctures are just some of many.

Alcohol-based tinctures are common, but there are a few other ways to make them as well. Common carrier oils for CBD include MCT oil, avocado oil, and coconut oil. CBD tinctures come in small bottles with various concentrations. With the dose dropper, they are easy to dose and avoid risks associated with smoking. Allowed to absorb under the tongue, these tinctures take effect quickly.

What are the many CBD oil benefits you can expect? Canadians report relief from migraines, anxiety, sleep disorders, psoriasis, arthritis, eating disorders, and more. CBD is taking over the cannabis industry, creating some amazing stuff and wowing people with its groundbreaking properties. It is now common to be able to buy CBD online in Canada as well.

How to Properly Dose CBD

Figuring out your dose with CBD hemp oil is important but can also be overwhelming. There are so many tinctures, with so many numbers on their labels. Some tinctures range from 100mg to as high as 2000mg. No matter what bottle you have on hand, you’ll need to figure out your personal dose.

The great thing about CBD is that it’s safe and well-tolerated, even in high doses used within research studies. Remember, this is not THC, and you won’t feel high or any of the other common side effects from THC-rich cannabis.

But, getting to know your personal dose is nevertheless important. CBD oil is mellow, but you don’t want to waste any product.

Does CBD Have Side Effects?

Because CBD is a non-psychoactive cannabis compound, you will not feel stoned while consuming it. It is safe, but taking large amounts of CBD will make you feel a little sluggish. Some people also report diarrhea with large doses.

The World Health Organization has declared, “CBD is generally well tolerated with a good safety profile.” But, as per their assessment, “reported adverse effects may be as a result of drug-drug interactions between CBD and patients’ existing medications.”

If you currently take prescription medications and are experiencing some of the mild effects of CBD, you may wish to consult your doctor.

Have You Experienced CBD Oil Benefits?

Canadians across the country, old and young alike, are exploring CBD oil benefits for a range of conditions. Everyone, even parents and grandparents, is curious about what this non-intoxicating cannabinoid can do. From sleep to mood to inflammation, this little cannabidiol has a big future in over-the-counter relief. 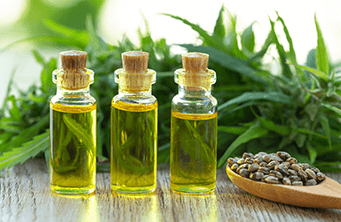 For those who haven’t heard, cannabidiol (CBD) is a compound found in cannabis that doesn’t get you high. Unlike it’s better-known cousin cannabinoid THC, this newly popular compound delivers medicinal relief without intoxication.

CBD makes cannabis-based medicines easier and more useful for daily relief. But what is this revolutionary cannabinoid used for? CBD has massive potential to reduce anxiety and calm panic attacks (among many other applications).

Although the study of CBD for panic attacks and anxiety is ongoing, the preliminary evidence is strong and extremely convincing. Especially when combined with the sheer number of people who report positive results for their own anxiety, there has to be something to these anti-anxiety reports.

What is Anxiety, Panic, and Panic Attacks?

People often conflate stress with anxiety, but while former is a universal human experience, anxiety is a chronic mental health condition. Anxiety may be a result of chronic stress, develop following trauma, come from a genetic basis, or for some, have no known cause. Anxiety impacts people on a profound level, across all areas of their life.

According to the ADAA, an organization that researches and provides resources for anxiety and depression, the symptoms of anxiety are as follows:

The most common form is called generalized anxiety disorder, which the ADAA defined as “persistent and excessive worry about a number of different things.” Furthermore, the ADAA says people with generalized anxiety ” may worry more than seems warranted about actual events or may expect the worst even when there is no apparent reason for concern.”

For some, generalized anxiety disorder is just the start. It may spin out into a condition known as panic disorder. When anxiety reaches a more elevated phase, it can develop into full-blown anxiety attacks, also known as panic attacks. People with panic disorder “experience spontaneous seemingly out-of-the-blue panic attacks and are very preoccupied with the fear of a recurring attack,” as per the ADAA.

Currently, the conventional approach to treating anxiety and panic disorders are pharmaceutical-based. That means SSRIs and benzodiazepines, both of which have serious side effects and may be addictive for some people. It’s why people are turning to a natural option — CBD for panic disorders.

The Scientific Evidence Behind CBD for Anxiety

Before we dive into CBD for panic disorders, let’s cover the basics of CBD for anxiety disorders. Surprisingly the anti-anxiety properties of CBD were only first discovered thanks to their relationship with THC. CBD works to counterbalance the strong psychoactive intoxication of THC. Essentially THC reduces the strength and duration of a high and calms associated anxiety and paranoia. Importantly, CBD is non-intoxicating, and we now know it’s anti-psychoactive as well and may be useful for the treatment of psychosis and schizophrenia.

A 2011 study from Brazil also reported the positive benefits of CBD for social anxiety. Social anxiety is the fear of social situations, which in this study was modeled based on simulated public speeches. Researchers gave the participants either CBD or a placebo, then asked them to give a speech. They rated their experiential anxiety as well as their heart rate, blood pressure, and more.

Based on the total assessment, people who took CBD had measurable lower levels of anxiety than those who didn’t. Even people who didn’t have social anxiety disorder felt calmer thanks to CBD in this experiment.

Since this study on CBD and social anxiety, there has been an intense continuation of research. According to the authors of one literature review, “We found that existing preclinical evidence strongly supports CBD as a treatment for generalized anxiety disorder, panic disorder, social anxiety disorder, obsessive–compulsive disorder, and post-traumatic stress disorder when administered acutely.”

The Science of CBD Oil for Panic Disorder

Here we begin to see CBD’s role for treating panic attacks. While less understood compared to CBD for anxiety disorders, there is still mounting evidence about CBD’s efficacy for panic disorder.

Most of the evidence comes from brain imaging done on patients with panic disorder. In one case, patients dosed with CBD had decreased activity in the area of the brain responsible for emotional activation. This meant they had a decreased fear-based response to images of fearful faces.

Other studies relying on brain scans have determined “that CBD can alter the activity of brain areas such as the medial and left temporal lobes, prefrontal cortex and insula, regions that were also found to be modified in [panic disorder] patient.” This means, in areas of the brain that are altered by panic disorder and elevated levels of anxiety, acute CBD administration seems to reduce their heightened activity.

As anyone who experiences panic attacks knows, it can be impossible to stop the onset of an anxiety attack once the wheels are in motion. Even traditional pharmaceuticals don’t always do the trick. Yes, CBD is good to reduce anxiety and the frequency of panic attacks, but don’t expect a magic pill to make one disappear a few minutes beforehand.

CBD will not stop a panic attack if taken as an acute treatment right before onset. But, CBD can offer a general reduction in anxiety, especially when taken daily. Over time, as your general sense of worry and anxiety lessens thanks to a daily CBD dose, the severity, and frequency of panic attacks will also lessen. CBD works best to reduce your baseline anxiety, not to prevent the onset a few minutes before.

Patients have fallen in love with this option for anxiety and panic because it offers a safe, nonsedative alternative to pharmaceuticals. As the above scientific review concluded, “CBD does not present psychoactive effects; it is safe and well-tolerated via the oral route (up to 1,500 mg/day). Moreover, because this compound does not induce dependence, tolerance and abstinence symptoms, it can be, in the future, a good alternative as a substitute for high potency benzodiazepines and antidepressant drugs.”

A Daily Dose of CBD for Panic and Anxiety

If you have anxiety and struggle with panic attacks on a routine basis, why not give CBD a try? If you experiment for a few weeks, you will likely experience a slow decrease in the daily simmer of anxious thoughts, and perhaps a reduction in panic attacks. If you can combine with healthy eating habits, exercise, and therapy, CBD works well in a holistic treatment plan for panic disorder.