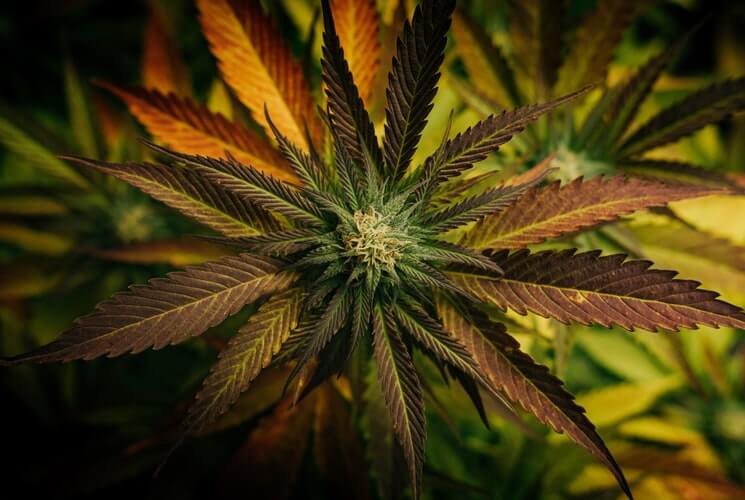 One of the most notable characteristics of marijuana is the smell. You know it when you smell it – often skunky, sometimes fruity, and possibly even cheesy! That strong, delicious aroma is an indicator of quality bud, and can be a little intoxicating in and of itself.

The source of this smell is the terpenes found in cannabis plants. When you buy weed online in British Columbia or from a dispensary, you will see a description of the smell and flavour, or even a specific list of terpenes. If that list has ever confused you, read on to find out just what terpenes are and why they are a desirable attribute in a good-quality bud.

Terpenes are aromatic oils that produce the pungent smell and flavour found in marijuana. Terpenes are not unique to cannabis – strong-smelling plants, such as cedar, pine, sage, tea (black), and citrus, contain easily recognizable terpenes. Their purpose in the plant world is to attract pollinators and repel predators. The smell, flavour, and colour of plants are all due to terpenes.

There are tens of thousands of known terpenes, and about a hundred of those can be found in cannabis plants. Strains of marijuana are selectively bred to build the potency of certain terpenes. This is often reflected in the name of the bud (think Kushberry, a cross between OG Kush and Blueberry – noted for its blueberry flavour).

What are the Expected Effects of Terpenes?

Terpenes work in the body much more subtly than cannabinoids. While it is still debated whether they work psychologically or pharmacologically, it is clear they interact with the body in many ways.

Each terpene has individual effects that are sought after depending on the user’s intentions. If you buy weed online in British Columbia, some of the most common terpenes you might see listed are:

As you can see, terpenes have many different effects that often overlap between varieties.

What’s the Difference Between Terpenes and Cannabinoids?

Cannabinoids interact with the body’s endocannabinoid system (ES) by activating the CB1 and CB2 receptors. Your body naturally produces endocannabinoids that work within the ES to maintain balance in your body. When you introduce cannabinoids from an external source, the effect on your body can be quite strong.

THC is the cannabinoid responsible for getting you high, as it floods your ES and enhances the cannabinoid-receptor function. CBD works on different receptors and is credited with such effects as relieving pain, inflammation, insomnia, and anxiety. Cannabinoids are exclusive to cannabis plants.

Terpenes, however, are absorbed by the body and utilized in different ways. They aren’t considered psychoactive the way THC is but are believed to have many more subtle effects. Since they are found in so many other plants, we inadvertently consume terpenes every day in foods we regularly eat.

Terpenes and cannabinoids work together within the body to provide a range of experiences. This symbiotic partnership is referred to as the entourage effect.

All of the compounds that enter our bodies upon consuming marijuana give a variety of effects depending on the specific combination of terpenes and cannabinoids. The entourage effect is still considered theoretical, though in-depth studies have shown proof of this theory.

Are There Any Medical Benefits from Terpenes?

As mentioned above, the beneficial effects of terpenes are innumerable. They are anti-inflammatory, antispasmodic, anti-anxiety, antibacterial, antiviral, antifungal, and anti-cancer. These effects contribute to positive impacts associated with reducing stress, insomnia, and depression. It is even theorized that some terpenes assist in reducing memory loss associated with chronic consumption of THC.

To gain the maximum benefits from terpenes, they are best consumed in a low-heat form. Vaporizing is the fastest way to get the compounds from cannabis into your body relatively intact. Some terpenes are more effectively taken as edibles, while others work best applied topically.

Suppose you’re on the lookout to buy weed online in British Columbia that is high in terpenes. In that case, you should familiarize yourself with the cannabis grading system. If you take a look at our list of flowers, you’ll notice that each type has a grade: from AAAA down to A.

As you may have deduced, AAAA is top-quality bud. This indicates that the aroma, flavour, and appearance of the strain have all come together to form a nearly perfect product. The terpene content is high, making for a potent and pleasant smell. The trichomes are readily seen, giving an eye-catching cover of crystals, and the buds are dense and well-formed.

AAA grade herb would be considered standard for purchasing marijuana – still of excellent quality, but slightly less perfect than AAAA grade. The smell and flavour should still be strong and enjoyable with relatively dense buds. The colour may not be as vibrant, but as long as it isn’t showing any signs of browning it can still achieve an AAA grade.

AA and A grade weed are cheaper and of lesser quality, though it is still possible to find decent AA grade bud.

You may also see products listed with the letters HTFSE in the name. This stands for High Terpene Full-Spectrum Extract, a high-tech product created with the intention of preserving the terpenes and eliminating the waxes, lipids, and fats. The term “full-spectrum” refers to keeping most of the compounds intact. HTFSE products are typically 13 to 40 percent terpenes.

Live resin is another high-terpene form of cannabis. It is made from fresh green marijuana that has never been dried or cured. A flash-freezing process is used to extract the oils, which keeps them intact for maximum potency. Live resin is typically dabbed.

Take A Look At Terpenes

Hopefully you have learned enough about terpenes to pique your curiosity! Keep an eye on flavour descriptions to get an idea of what kind of terpenes are present in strains you enjoy. Take a moment to appreciate the smells and flavours and recognize the beautiful role of your new friends, terpenes.