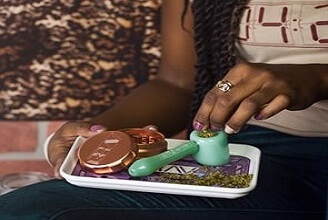 What Are The Munchies? Why Does Smoking Weed Make You Hungry?

Weed culture is rife with slang: herb, bud, ganja, chronic, blazing, toking, doobies, spliffs, and so on. Some of it is obvious, and some terms require a bit of research. But if you’ve ever heard of “the munchies,” you could probably wager a good guess as to what it means.

The munchies are the uncontrollable desire to eat that you get after you smoke your favourite flower. It’s the need to snack on something sweet, to chomp on something crunchy, to drool over something delicious and pack it into your mouth as fast as you can. It’s when you just gotta munch!

But why does smoking weed make you hungry? What are the bodily mechanics that make you want to gobble up the whole kitchen? Why do you crave certain kinds of foods when you’re high? Let’s take a look.

It’s All In Your Head

The way your body reacts to marijuana has everything to do with your brain. The brain is home to the endocannabinoid system, which regulates many of the body’s functions, including appetite. In short, it is made of endocannabinoids, receptors, and enzymes, which all work together to keep the body running smoothly.

After you buy marijuana online and give it a try, the compounds start to circulate around your body almost immediately. The cannabinoids in the marijuana (which match those made by the body almost perfectly) flood your endocannabinoid system. They stimulate the endocannabinoid system by binding to many receptors at once, which has a myriad of beneficial effects. One of these effects is enhancing your sense of smell.
So Does That Mean the Munchies Come From Your Nose?

Normally, when you smell something too much, your olfactory receptor (fancy words for “smell gland”) becomes over-stimulated, and you become “numb” to the aroma. This is known as olfactory habituation. It causes an animal (including us humans) to lose interest in the object/food being smelled after a time.

In theory, when you consume marijuana, the THC stimulates the endocannabinoid receptors in your olfactory bulb, causing your nose to become extra sensitive. Since your sense of smell and taste are intricately linked, a stronger sense of smell leads to an enhanced sense of taste. This in itself can inspire a case of the munchies.

So far, THC and olfactory receptor tests have only been carried out on mice. While mice share many cognitive similarities to humans, this particular aspect of why we get the munchies is still theoretical in its application to the human brain.
Where Are the Snacks?

Triggering an enhanced sense of smell is useful if there’s food around, but sometimes there isn’t a snack in sight – and you’ll still find yourself starving.

This is because when cannabis is consumed, the body releases a flush of ghrelin, a hormone responsible for the sensation of feeling hungry. While ghrelin is usually released by the stomach (often when it’s empty), it can also come from the brain.

Marijuana alters how the brain reacts to ghrelin, causing you to feel hungry out of sync with your normal eating patterns. This can cause an overwhelming desire to eat, sometimes referred to as an “attack of the munchies.” When you feel your stomach grumbling, it’s truly hard to resist a trip to the kitchen.
But Wait, There’s More About Munchies!

Now, if there’s one thing we humans love, it’s the sensation of reward – not a reward like a bonus at work or getting points for using your credit card, but the physical-cognitive rewards such as scratching an itch or eating. When you reward your body by satisfying a desire, your brain releases dopamine, which makes you feel good.

Now add pot to the picture: after you buy marijuana online and smoke it (some types are even specific to appetite stimulation), your endocannabinoid system is all fired up. While dopamine doesn’t have endocannabinoid receptors, the hormone that regulates dopamine, called GABA, does. The cannabinoids from marijuana inhibit the GABA and leave the dopamine free to flood the brain.

When you combine free-flowing dopamine with a stimulated sensation of hunger and an increased sense of smell and taste, you can see how the urge to eat can ultimately become pretty intense!
Can the Munchies Be Beneficial?

Beyond satisfying the immediate need to plow a bag of chips, purposefully inducing the munchies can help certain medical conditions. Folks hindered by chronic pain or depression may lack the desire to eat altogether. Prompting the need to eat will help maintain their health by giving their body the energy it needs.

People suffering from the effects of radiation therapy for cancer often have a decreased appetite and an ongoing sense of nausea. Marijuana has been found to help with both of these side effects.

For people seeking the appetite-stimulating effects of marijuana for health reasons, it would be advisable to consider healthy snacks for munching. Visions of the munchies usually include junk food and candy. These foods are designed for brains – that aren’t high – to be extremely satisfied by the salt and fat contents (enter the reward-dopamine circuit, and you see why these foods become irresistible when you’re high).

If crunchy is your thing, try some carrot sticks or apple slices. Sweet cravings can be fed with fruit, frozen berries, or flavoured yogurts. Even a portion of homemade baking is better than packaged sweets.

If you have a hard time controlling your munchies, try having a toke before eating food that you would eat anyway (like before dinner). Drinking lots of water or herbal tea will help your belly feel full if you’ve already snacked, sparing you the excess calories – unless that’s what you’re after.

You don’t have to smoke marijuana to get the munchies. Edibles and vaporizers are effective too – in fact, any marijuana you buy online that has THC in it will do the trick. Smoking and vaping are the fastest ways to feel the effects of cannabis (including the munchies) since the THC goes directly to the blood via the lungs. Edibles will give you the munchies, but they take close to half an hour to begin to kick in.

The trifecta of an increased sense of smell and taste, a flush of the hunger hormone, and unrestrained dopamine give your brain the message that it’s time to eat! Why try to fight it? If weight gain is your intention, inducing the munchies is a pleasant way to stimulate your appetite. With some healthy snacks on hand, you can feel the satisfaction of reward all through your system while doing your body some good.

Time to go rip some chronic and munch!