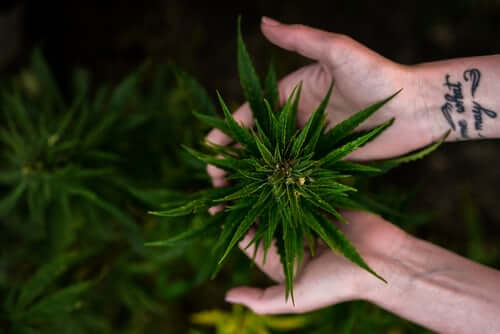 The efficacy of cannabis as a treatment for cancer is still widely debated among the medical community. While scientific studies on animals show much promise, the results don’t always transfer across to human studies.

Cannabis may not cure every type of cancer, but it can undoubtedly assist in certain instances, not least in helping patients manage the debilitating side effects of conventional treatments. If you want to buy medical marijuana in Canada and are wondering how effective a treatment it is for cancer, then here’s what you need to know.

The Research On Cancer and Cannabis

Back in 1975, a landmark study demonstrated the first evidence for the cancer-fighting properties of cannabis. In the study, researchers were able to show that both THC and CBD could inhibit the growth of certain lung cancer cells, while follow-up studies showed that cannabinoids destroyed glioblastoma cells found in mice with brain cancer while leaving normal healthy cells unharmed.

Until now, most of the research carried out on cannabis as a treatment for cancer involves animal subjects, and it shows that cannabis is effective in fighting some forms of cancer via the following mechanisms.

One of the most promising findings with cannabis relates to apoptosis. Apoptosis is the natural process whereby the body destroys old cells as it grows. At its core, cancer results from the growth of malignant cells that hide from the immune system, meaning they continue to grow despite the body’s instructions to destroy them. As these cells continue to proliferate, they can soon become problematic before developing into a full-blown tumour.

Evidence suggests that CBD can impair cancer development by inhibiting cancer cell reproduction in a process regulated by the endocannabinoid system. Research shows that CBD, which indirectly stimulates the CB2 receptors in the immune system, helps alert the body to the presence of malignant growths before promoting apoptosis.

Cancer comes in many forms. And while the evidence suggests that cannabis may help treat some forms of cancers directly, the medical community is somewhat reluctant to recommend that patients use cannabis as a substitute for conventional cancer treatments.

Despite their reluctance, there are several instances where patients have successfully treated cancer with cannabis alone. Perhaps the most famous example is the Canadian medical cannabis activist Rick Simpson who took to administering cannabis oil for a skin cancer diagnosis. He developed a high-THC cannabis oil from Indica-dominant strains, now known as Rick Simpson Oil (RSO). He applied the oil to his skin with bandages over several days and began to notice gradual improvements before his cancer eventually disappeared.

Despite the positive anecdotal evidence, few in the medical community accept that cannabis is superior to conventional treatments. But while the jury is still out on the ability of cannabis to target tumours directly, few contest the power of cannabis to help cancer patients deal with the debilitating side effects of conventional cancer treatments.

One area where the efficacy of cannabis is widely accepted is in the management and treatment of the common side effects associated with traditional treatments like chemotherapy.

Many of those undergoing such treatments tend to suffer from nausea, a lack of appetite, and pain — three areas where medicinal cannabis excels. But while the benefits of cannabis in the treatment of such conditions are undeniable, patients should bear in mind that there are possible interactions between cannabis and chemotherapy medications that may compromise the efficacy of the chemo treatment.

Cannabis As a Holistic Treatment

In addition to treating some forms of cancer, the effects of cannabis also extend to mood benefits. Many of us know how difficult cancer treatment can be, and the mood enhancement benefits of cannabis are no small thing.

Whether to lighten the mood, laugh with others, or to help manage chronic anxiety around the future, the benefits of cannabis extend far and wide.

When using cannabis for medicinal benefit, it’s important to remember that cannabis is much more than THC or CBD. The cannabis plant has hundreds of compounds that include minor cannabinoids, terpenes, and flavonoids. When present in their natural ratios, these compounds all act synergistically to promote further medicinal benefit.

This becomes especially important when using cannabis to alleviate the side effects of traditional cancer treatments such as chemotherapy. A 2011 study described the role that terpenes play in enhancing the impact of major cannabinoids like THC or CBD. Cannabis strains with high quantities of the terpenes caryophyllene, linalool, and myrcene offer relief in three key areas affecting cancer patients by providing pain-relief, relieving nausea, and enhancing appetite.

It’s important to discuss cannabis use with your medical practitioner if you have a cancer diagnosis. Several medical professionals have expressed their sadness for patients who forewent traditional treatments for advanced forms of cancer and instead opted to self-administer cannabis. While it undoubtedly helps fight some cancers and improve the quality of life of those undergoing chemotherapy, it’s important to be prudent. While the future seems extremely bright for medicinal cannabis, there’s still a long way to go for the medical community in understanding the full workings of the cannabis plant.

If you’d like to buy medical marijuana in Canada for cancer treatment or otherwise, then at My Pure Canna we’ve got you covered. With an extensive line of cannabis flowers, edibles, and concentrates, we’ve got your preferred option, and it’s only a mouse-click away!