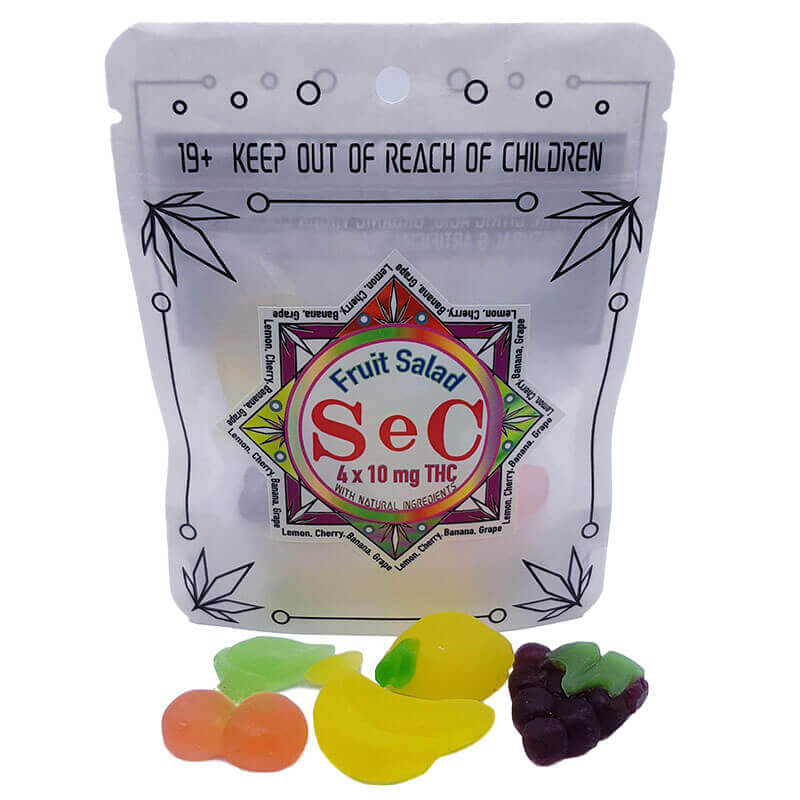 The recent wave of legalization means that it’s now possible to consume cannabis in a huge variety of ways. With the option to buy concentrates online in Canada, it has never been easier to make your own edibles at home with minimal fuss. Here’s how to make some delicious distillate-infused cannabis edibles at home.

What is Cannabis Distillate?

Cannabis distillate is a potent form of concentrated cannabis created through a process known as short path distillation. It utilizes steam, heat, and pressure, coupled with varying temperatures to successfully extract and isolate cannabinoids. Such techniques mean that highly potent forms of distillate are possible, with some distillates containing as much as 99% THC or CBD widely available.

Why Distillates are Ideal For Edibles

Distillates contain only major cannabinoids. Other beneficial compounds like terpenes are left behind during the extraction process. The odourless and flavourless oil that results leads to the distinct lack of flavour that could overpower a recipe, something that makes cannabis distillates very attractive to those looking for something that won’t spoil the taste.

Such extractions also make it easy to add when cooking. With carefully measured volumes, you can confidently add the distillate, knowing exactly how many milligrams of THC or CBD you are adding. One of the main problems with homemade edibles with cannabis flower is that it’s difficult to gauge the potency until you actually try them.

In the case of stronger than expected edibles, this can often be an unpleasant experience for innocent consumers. Many people have had their super-relaxing high, suddenly transform into a fearful and anxious experience. When you are working with distillate, be sure to carefully calculate dose. Start with a small piece, and work your way up.

Distillates also come decarboxylated. This is the process whereby THC converts from its inactive form of THCA that’s present in raw cannabis flower. When consumers must decarboxylate manually, there’s always the risk of doing it incorrectly, exposing it to too much heat for too long and destroying some of the compounds.

Almost all other forms of cannabis, such as raw bud and common concentrates like shatter and live resin, all require decarboxylation. This process involves heating the flower or concentrate at approximately 150 degrees Celcius for approximately 15 to 20 minutes.

How to Make Cannabis Edibles with Distillate

The process of making edibles with distillate is incredibly simple and doesn’t require any expertise. Here’s an easy-to-follow procedure that’ll help you infuse the distillate with a fat source before baking.

How to Make Gummies with Cannabis Distillate

Gummies are one of the simplest forms of cannabis edible to make at home and require only a few simple ingredients.

To begin, you’ll need to gather up the following ingredients.

Dosing in edibles recipes is notoriously tricky, but distillates negate much of the guesswork involved. By using the dropper, it becomes straightforward to precisely add the amount of distillate required.

Edible portions generally start at 10 mg of THC, so depending on your experience, you can titrate your dose accordingly. 10 mg of THC is more than enough for the average consumer and should deliver noticeable effects within an hour or so of consumption. More experienced consumers, or those treating conditions like chronic pain, may require much more substantial doses and should dose accordingly.

It’s always recommended to buy the highest-quality distillate you can afford. Ideally, distillates should appear light yellow in colour and exhibit clear qualities due to the lack of impurities.

While distillate is easy to measure and add to any recipe, it does come with one drawback in that it doesn’t contain the full spectrum of plant compounds. This means that it may not offer the same medicinal benefit as other forms of cannabis concentrates that preserve the entire spectrum of the plant.

The reason for this is that the minor cannabinoids, terpenes and flavonoids all act synergistically to form what’s known as the entourage effect. It’s this mechanism that helps promote the medicinal benefits of the cannabis plant to its full extent.

If you’d like to buy concentrates online in Canada for edible recipes, then at My Pure Canna we’ve got you covered. We stock distillates and a wide variety of cannabis concentrates such as shatter and live resin that can also be used for edible recipes. With our years of experience in the sector, we know what consumers want, so why not head on over to our shop before you get busy in the kitchen!

One Reply to “How to Make Distillate Infused Cannabis Edibles”

Save big this weekend with our Halloween Sales! Check out the Sales Tab for more details! Dismiss